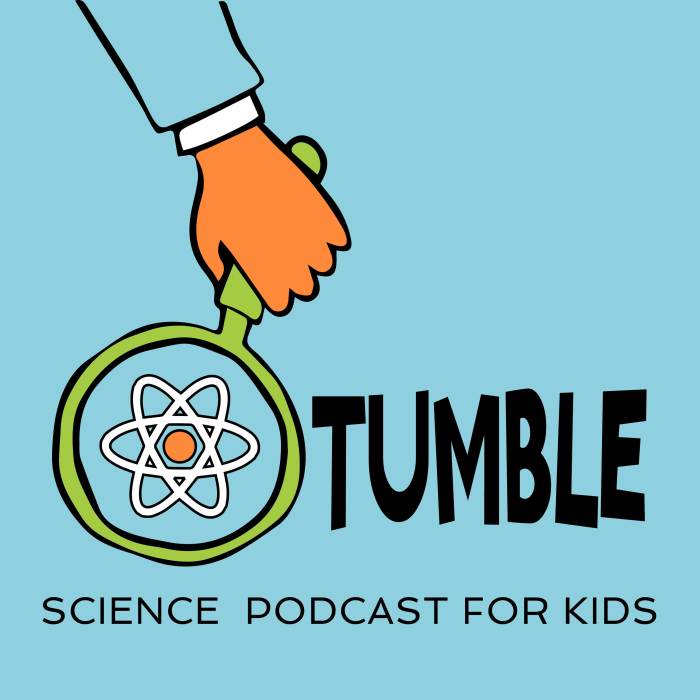 Lindsay is the creator, producer, and co-host of Tumble Science Podcast for Kids. Often referred to as “Radiolab for kids,” Tumble is a pioneering science podcast exploring stories of science discovery. Co-hosted by Marshall Escamilla, a teacher and musician, Tumble is the perfect combination of science communication and education. Tumble weaves scientists’ lives and research into entertaining, engaging, and relatable stories of the scientific process, with the ultimate goal of improving science literacy.

Tumble is the winner of the Gold Award for Children’s Science News in the 2019 AAAS Kavli Science Journalism Awards.

Launched in 2015, Tumble has led the way in pioneering a new medium for children. A loyal and growing listenership of over 50,000 subscribers has fueled enthusiasm for its three seasons. Tumble was named one of the best podcasts for kids by Apple Podcasts in 2016, topped over 1.5 million downloads in 2017, and in 2018, it was picked up for distribution by PRX, the company behind the Radiotopia podcast network.

Tumble has been featured and recommended by the New York Times, Common Sense Media, the Huffington Post, the Guardian, Ireland’s Business Post, and many other leading news outlets. Tumble is routinely included on parenting blogs’ lists of top podcasts for kids. It has also been nominated twice for Best Kids & Family podcast by the Academy of Podcasters.

To read more about Tumble’s mission, check out the Tumble Manifesto.

The Cave of the Underground Astronauts: Do you love fossils, adventure, and spending time in small spaces? If so, you could become an underground astronaut! Marina Elliot, Becca Peixotto, and Kenni Molopyane found this unusual job description through a Facebook ad. The team of archeologists talked to Tumble from deep inside a cave while excavating Homo Naledi, one of the biggest recent discoveries on the human family tree. Find out how they squeeze through a 7 inch gap on their daily commute, and how their work could change the way we understand early human history.

The Coprolite Queen: In the 1800’s, Mary Anning was known as the best fossil hunter in England. She made many great discoveries, including dinosaur poop. With help from our friend Kidosaurus and children’s science historian Melanie Keene, we dig into Mary Anning’s story and her place in the history of women in science.

The Secret Senses of Plants: “Do plants feel pain?” Jude’s question leads us to stunning discoveries about what plants feel, what they hear, and even what they talk about! Biologist Heidi Appel reveals how scientists learned about plants’ inner lives, and tells us the story of how she discovered “listening” plants. You’ll never look at plants the same way again.

The Magic Memory Molecule: How does our brain remember things? Neuroscientist Andre Fenton found that question has no easy answers. Andre has spent years experimenting with PKMZeta, a tiny molecule he believes is the key to forming memories. But what if he’s wrong? This is a personal story of the scientific process, and the bumps along the journey that lead to knowledge. 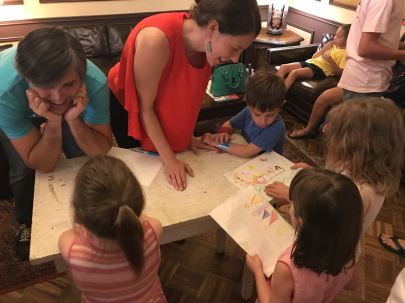 Tumble began producing live events in 2017, with a series of successful summer shows in bookstores, science museums, and even a theater. Tumble’s live show combines science storytelling, interactive games, and music to create an engaging experience for all ages.

Tumble is also working in schools to develop a curriculum for educational podcasting, and professional development training for teachers in K-12. More coming soon.

Tumble is represented by Joanna Mackenzie at Nelson Literary Agency.

We are actively seeking strategic partnerships that support and align with our mission to improve science literacy for kids. These opportunities include sponsorship, content, grants, cross-promotion, and out-of-the-box thinking on the science education and media landscape. Get in touch with tumblepodcast at gmail dot com or use the contact form below.

A favorite letter from a fan:

View all posts by lindsaypatterson